A boy in his 20’s is lying helpless in a Turkish prison. He is cold and hungry while things around him are lousy and pathetic, the jailer is greedy and cruel. The boy has a lot of money and is the inheritor of a huge fortune. He got caught when on a spending/ whoring spree in Europe. Before landing  in his cell he was given the option of wealth or wisdom by his billionaire dad but he not only refused wisdom without the tag of money but also the college education. This boy is either killed or kills another helpless boy with the connivance of the jailer and goes to live in a Greek island where he suddenly becomes interested in wisdom and starts to devour world literature and women. Living in a posh Greek neighborhood he wants to be treated like a god. He loves Odyssey and then continues his literary pursuits till he becomes so well educated that in near future he becomes grand master of 33rd degree in the Washington DC’s freemason lodge. Who is this boy who changes his name after Moloch the unfortunate angel to Malakh. We will find later. The jailed boy with rich influential father is Zach.

Confusion is the first thing that ‘grips’ the reader while going through the latest bestseller of Dan Brown’s book “The Lost Symbol”. Not only this boy who refuses college in the first place becomes so good in literature and politics but also takes keen interest in and then starts to follow the occult and mysteries of the ancient world which according to Dan Brown are present in all the major religions of the world. The boy chooses occult as his specialty and not only his palatial mansion but his body is also decorated with sigils and tattoos depicting one or other mystery of the world. He however leaves one clean spot of skin on his forehead from which he is supposed to receive the ultimate wisdom from the evil gods or demons. This in short is the story of the boy, Malakh. Zach allegedly gets killed in the Turkish jail and the jailer after getting his booty never returns to the book though he is shown a middle aged guy and must have a family. Author thought it best to simply remove him from the scene after the murder. Readers’ sympathy winner boy is perhaps dead in a forlorn prison where his father has abandoned him in spite of his contacts with the highest officials in the state department. His dad is very well connected throughout the book but still chooses to leave his son there as if taking revenge for not choosing wisdom and college education and refusing to do anything with the mysterious family inheritance.

The famous historian / cryptic reader / Harvard professor of Mr. Brown, Robert Langdon is on a private visit to Washington DC. He has been invited there by nobody other than his rich and famous friend, Peter. Who is now in the same 33rd degree of Freemasonry as Malakh. Some decades ago, Malakh before becoming a literate mind has tried to kill the family of Peter. In that incident in which he goes to steal the secret and most sacred Pyramid from Peter’s house he kills Peter’s mother, Isabel and now the only surviving members of the family are Peter and his sister, Katherine. She is interested in Noetic sciences which is like relating the modern day science with the facts and fiction of the under world and mystery and occult and what not. Ancient knowledge is the second hero of the book and apparently that knowledge which emanated from every religion has become a tool of wisdom in the pure hands of Freemasons of Washington area. Malakh now heads them and is after the same pyramid whose capstone has been given to Langdon by Peter. Everything in the book is so secret and so wrapped in mystery that we are lost in the shroud of mystery till about 100 pages are left when suddenly a charade of events and lectures by Peter and Katherine unfold to tell us who is who.

Inou Sato is a Japanese American who is the director of CIA in Washington area. Her assistant Nola doesn’t sleep throughout the novel. In fact nobody gets any sleep during the entire length of the book which starts at about 6 pm and ends in the wee hours of the next morning. All the characters surprisingly and through some strange mystic power remain agile and a few yawns and sluggish moments apart, they are always spontaneous and ready to jump to the demands of the writer. Sato and Langdon find a cut right hand in the arena of the museum and the action starts. Robert recognizes this hand as belonging to his famous and rich and mason friend, Peter. So he is held hostage, naturally, and his life is in dire danger. Another masonry, Mr. Bellamy comes to rescue Robert from Sato and physically assaults not only the CIA director but a high police officer, Mr. Anderson. Both of them then run to the main library and the author goes on to describe the latest technological advances used by the American security agencies in apprehending the fugitives. They include night vision goggles and laser guided rifles which are so threatening. The reader at the same time lauds the efforts of Mr. Bellamy in rescuing Robert and his mate and the hi-tech equipment used by the CIA guys. Not to mention that the techie things fail and the hero and the heroine escape unharmed to the sanctuary of another Mason’s chapel. Before that we are told that the running mate of Robert, Ms. Katherine has been privileged enough to have a huge pod 5 to herself as her lab for the experiments of occult sciences and noetics where she runs weird things like measuring the human spirit in fractions of grams. The bad guy Malakh had already tried to kill her but could only destroy her pod and drown her assistant Ms. Trish in a sophisticated glass container along with a dead long squid. Katherine runs and ends up with Robert who is in the process of evading Ms. Sato and her professional killers.

During their rendezvous at the library and then at the temporary refuge at the blind pastor’s chapel they unmask the secret messages inscribed on the small pyramid and its capstone. Robert has brought this capstone with him and Katherine performs ancient scientific experiments to unmask the inscriptions on these two artifacts. As usual the historian Harvard professor, Robert Langdon is assigned the task of solving the complexities of these inscriptions which are many and present themselves at all levels. In the meantime the kidnapper has killed a CIA official also along with a lady guard and is in the process of killing both Robert and Katherine. In search of 8 Franklin squares the characters of the book spread out while Malakh goes out with his captor, Peter to an ancient temple in the mountains.

The ‘word’ is sacred. Dan Brown spends much energy and almost 100 pages in making us realize how important this ‘word’ is. All the mysterious inscriptions on the duo of pyramid and its capstone ultimately point towards this one entity. He brings examples from various cultures, religions and regions of the world in proof of his hypothesis. He has of course not studied Islam otherwise he would have known that Islam doesn’t practice occult phenomenon and everything has been made clear by its holy book Quran where God Almighty says that all the creations are there because of his omnipotence and that all He has to say is (of course a word),  “kun” and things happen, “fayakoon”. The writer spends all his energy to make this thing understood in the minds of the readers.

The climax of the book takes us to an underground deserted temple where Malakh has taken his captive, Peter with him, apparently to give ultimate blood sacrifice to possess those powers and knowledge of mysteries which have been deciphered from the little pyramid and its capstone. He believes this is the direction given by those cryptic maps on the base of the pyramid. He gives a lecture to Peter about things mysterious and ancient knowledge and how he attains to be godlike specially after he has castrated and purify himself by chanting various mantras. Peter, after having lost his right hand is in a hurry because Katherine lies bleeding in a secret chamber of Malakh’s mansion while he believes his dear and trustworthy friend; Robert is already dead in a glass coffin. Killed and drowned by the evil Malakh. But the tables suddenly turn when the evil addresses Peter and tells him that it’s the ultimate sacrifice as he is none other than his own son, Zach. Peter cries helplessly. The CIA chopper reaches the dome of the building in time to make the glass dome crash and right beneath it, on a stone slab, Malakh or Zach dies due to shattered glass shrapnel which tore his body. Back home Katherine has been saved by the CIA and they have pleasantly discovered that Robert was also alive. He was drowned in some kind of biologic liquid which maintains the circulation of air much like the circulation of oxygen inside the womb. Pretty happy ending. The harder part is after this. The legendary staircase is right there in the city and Peter who is remarkably safe and sound even after an amputated hand and much bleeding, takes Robert to those stairs where in a series of illusions and facts and glowing lights they talk about how the apocalypse is a misnomer and how the people need to burry themselves deeper into the meanings of gospel to find the true salvation. Found it confusing? Well, that’s how I felt after finishing the last page. (to be continued). 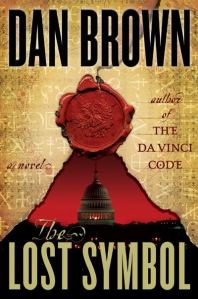 10 thoughts on “The Lost Symbol: what it is all about.”

This site uses Akismet to reduce spam. Learn how your comment data is processed.

Its about Pakistan, the world, the people and the books

A Mirror on Law, Religion and Polity

All Things Milan and Liverpool

Manage By Walking Around

Its about Pakistan, the world, the people and the books

A Mirror on Law, Religion and Polity

All Things Milan and Liverpool